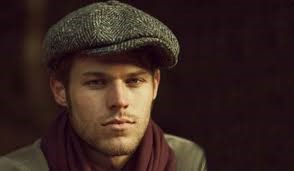 Posted at 16:34h in Readers Choice by StyleWeekAdmin 0 Comments
0 Likes

In the 19th and 20th centuries, wearing a hat was not only a sign of class and good fashion sense but also an unwritten social norm. As a result, several well-known hat styles have emerged over those years.  It may seem like these unique headpieces are something that only your grandfather would have worn back when he was young, but they can still have a place in modern times if you know how to wear them and in what situations they would be appropriate. With this in mind, here are some famous hats from the past and how you can wear them today:

Fedora hats have quite an interesting background, to say the least. Few people know that when they first emerged back in the 19th, they were initially worn only by women as a protest against gender discrimination and strict fashion rules imposed on women. Over time, fedoras gained so much popularity to the point that they ended up becoming a symbol of the fight for gender equality! Years later, in 1924, after Prince Edward wore a Fedora, these hats became recognized as a male garment, and ever since then, they are known as classic hats for men. The movies industry had a great impact on the popularization of Fedoras, as they being were many times portrayed in films as the preferred hat for gangsters and adventurers, including the famous Indiana Jones. These days, fewer people wear Fedora hats as many consider this headpiece to be too extravagant and imposing, and only suitable for a very limited number of occasions.

Irish flat caps have been around for a long time and have never really gone out of style, but recent series such as “Peaky Blinders” have undoubtedly revived their popularity as a fashionable item. Just like Cillian Murphy, the actor who played the main character Thomas Shelby, said, these caps have humble origins, as they have served as a part of the working class uniform in Ireland and Great Britain back at the turn of the 20th century. Flat caps are usually made of tweed, wool, or cotton these days, much as they were 100 years ago, making them not just fashionable but also functional. They are also lined for extra comfort, which makes them much warmer and offers better protection against the cold, rainy weather. Nowadays, people all over the world wear these headpieces paired with either casual clothes for an effortless look, and with a suit to create a more formal, vintage-inspired outfit. Check out chic Irish flat caps made of the finest fabrics that will complement your style.

The Homburg hat is often referred to as a fancier version of Fedora since it has the same creased crown, but with a  stiffer brim that is slightly turned upward. As the name suggests, this has is believed to have originated in the city of Bad Homburg in the State of Hesse in Germany back in the 1980s. Over time, this hat gained popularity, as it was the favorite headpiece of many important personalities at the time, including the former UK Prime Minister Winston Churchill and the German Chancellor Konrad Adenauer. Homburg was also the famous garment that was worn by Al Pacino in the movie „The Godfather”, which considerably increased the interest in this hat. Even though these days very few gentlemen continue to wear Homburg hats, they can still be appropriate if you like vintage clothing and have a more sophisticated sense of style.

Another item that was originally worn by women, the pork pie is a small round hat with a flattened top and without a crease down the center. Just like the fedora, the sides are slightly pinched and it usually has a ribbon or a hatband in the place where the crown meets the brim. Pork pie hats were usually decorated with feathers or bows and were very versatile when it came to materials, as many of them were made of straw, perfect for the summer heat, while others were created of felt or cotton and were the ideal garment for early autumns and springs.  The pork pie was made into a man’s hat by silent film actor Buster Keaton, and after several ups and downs throughout history, the item is now associated with the 1930s-1940s and the jazz era. These days, pork pie straw hats would be suitable to wear on vacation, especially by the sea or in the nature.

The Panama hat is a light-colored, lightweight summer hat that despite the name originated in Ecuador, where it was initially made of leaves of plants in order to protect from the sun. It is thought that the name comes from the fact that these hats were shipped to the Gulf of Panama and sold to workers constructing the Panama Canal, and hence it supposedly became the headpiece worn by these men. For many years, these hats played an important role in the Ecuadorian economy and were much appreciated for their functionality and protection. They gained popularity after 1906 when the US President Theodore Roosevelt visited the construction of the Canal and was photographed wearing a Panama hat. In modern times, it is very easy to pull off a Panama, as it is the best bet for summer vacations or tropical countries.