03 Mar Electrodeposition and how it works

Posted at 02:33h in Readers Choice by StyleWeekAdmin 0 Comments
0 Likes

Electrodeposition – or more properly electrochemical deposition – is a technique that has been available since the 19th century. Basically it involves putting a layer of one metal onto another using electrons deposited on ions in a solution. Think back to your school science lessons where you probably put a shiny silver coloured coating on a copper penny via electroplating – that’s electrodeposition. 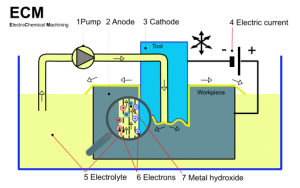 It’s a versatile process with many uses. Silver and gold plating of jewellery and tableware has been around since the 1840s. But while it’s still widely employed to apply decorative and protective coatings, in more recent years it’s found uses in the electronics sector and in nanotechnology – https://www.researchgate.net/publication/313099862_electrodeposition.

Put simply, electrodeposition uses an electric current to dissolve small particles of metals such as nickel composites and deposit them on the opposite electrode. The part to be plated is the cathode, the metal to be used makes up the anode. Both are immersed in an electrolyte solution, this contains dissolved metal salts and ions to allow the flow of an electric current.

By applying a direct electrical current to the anode ions dissolve from it into the solution and from there are transferred to the cathode. The ions in the electrolyte are constantly replaced by those removed from the anode. 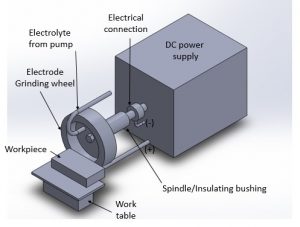 There is an inverse process known as electropolishing which can be used to remove the surface layer from a plated object.

Electrodeposition using nickel composites and other metals has been around for a long time and been applied to many household items. Since the mid 1990s it’s also had a place in the microelectronics industry.

Electrodeposition on a silicon chip was first used in 1995 to apply the solder connections for high density of output lines. As the process evolved it was also used to apply copper connecting lines to the silicon chip. It offers more accuracy and lower costs than the evaporation techniques previously used. An insulating mask is used to ensure that the metal is deposited accurately where it’s needed. This process can be extremely accurate – a computer chip can have electrodeposited copper wires that are under 100 nanometres in width.

A similar masking technique is used in nanotechnology applications. This is still in its early stages but has great potential for medical applications such as creating implants.