Posted at 13:51h in Lifestyle by Ronney 0 Comments
0 Likes

Allen’s has launched a whole new range of jelly beans by the name of Funfair Thrills with new flavors; the latest addition to Allen’s lollies to the delight of lolly lovers of all ages.

Inspiring a funfair theme, there are nine new flavors introduced in the Funfair thrill range. Some of the flavors fit right into the carnival theme while some flavors struggle to deliver the same level of delicacy.  Following are the details of each new jelly bean flavors: 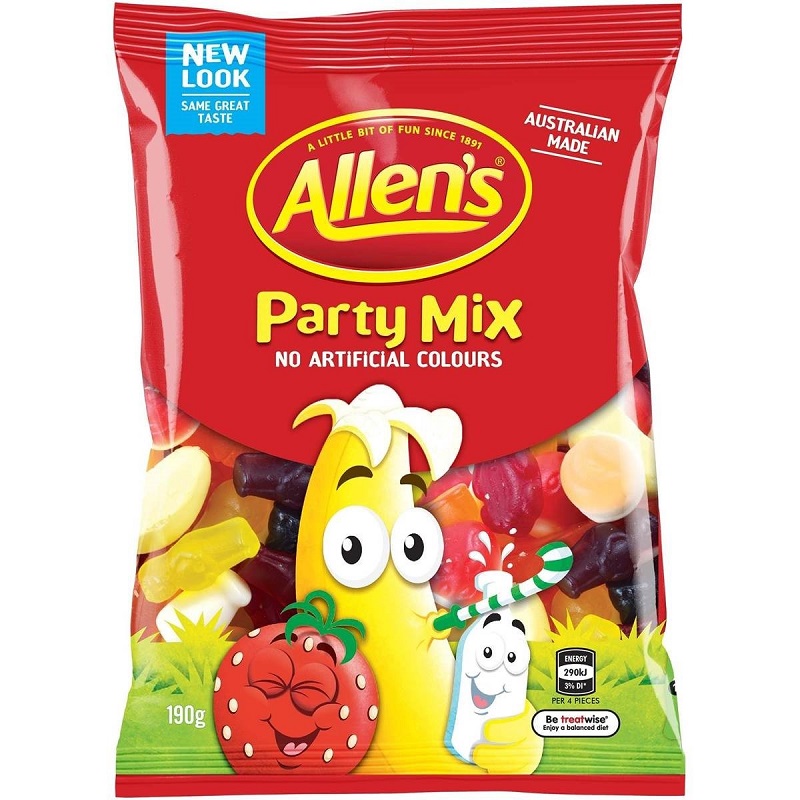 One of the best flavors in the range, cool candy banana arrives as a yellow colored jelly bean that hits all the right chords as a banana lolly should. Although not as sweet as a lolly banana is supposed to be, it sports quite a bold and strong flavor that sets your taste buds a-tingling.

This flavor strayed away from its name and holds no distinctive flavors of the traditional bubblegum as one would expect. Instead, it is a purple-colored jelly bean that gives off a strong flavor with prominent notes of grapes.

This flavor hits all the right notes of apple flavors with prominent apple juice and apple tart flavors. Arriving in red color, a toffee apple is so delicious, that you can easily finish off a whole bag of these beans if it ever came.

One more flavor that follows its named theme accurately, this jelly bean is inspired by those bags of popcorns served at the movies. They come as white colored jelly beans, and upon popping them into your mouth, you are immediately greeted by a surprisingly salty flavor, which is followed by strong notes of burnt sugar. With a buttery scent, they are definitely a treat for all popcorn lovers.

Easiest of the bunch to be recognized, this jelly bean arrives in a light pink color and is as sugary as fairy floss is supposed to be.

The color of this bean is quite unexpected with a greyish-brown tinge instead of the common dark brown color of cola-flavored lollies. Its flavor resembled the cola-flavored Chupa Chups, yet there is something missing from this jelly bean. It starts off with the same tartness as a fresh can of coke, yet it quickly becomes this sweet flavor, like that of a stale flat soft drink.

We would have to call it the least flavourful of the entire collection, as all it reminds you of is a completely watery hot chocolate. Colored dark brown, this jelly bean fails to reach the same level of delicacy as the other flavors introduced.

It is definitely not the tutti fruity flavor that anyone would expect, as this orange-colored jelly bean comes off with all the citrus notes and a very bold taste.

Zesty lemonade comes off as quite refreshing and pleasing pale yellow colored jelly bean with just the right amount of tartness and sugar. It is however more distinct along the lines of lemon tea than the traditional lemonade flavor.

Although the characters on the bags of Allen’s jelly beans previously used to be a little creepy sporting a one-toothed and one-eyed jelly beans, the packaging of these blue lollies is a lot better with a cute jelly bean wearing a top hat, inviting the lolly lovers to try out a whole new circus/funfair themed range of flavours.