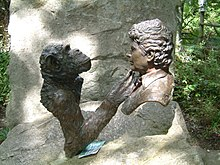 26 Feb The Amazing Life and Work of Jim Cronin

Posted at 04:27h in Readers Choice by StyleWeekAdmin 0 Comments
1 Like

If you don’t know who Jim Cronin is; he is the founder of Dorset’s ‘Monkey World’ – an ape and monkey rescue centre. Originally from America, Jim Cronin began working with animals as a zookeeper at ‘Bronx Zoo’, this is where he discovered his love for animals and wanted to continue his career working and caring for them. He eventually decided to move to the UK where he worked at John Aspinall’s zoo. 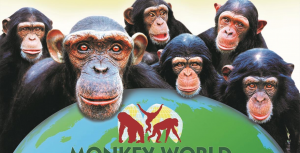 Working here, he gained more knowledge about the care and rehabilitation of primates and really gained key skills in this field of work. Whilst working at this zoo, he found out about the abuse of many chimps abroad, including baby chimps taken from the wild to be sold as exotic pets, and people using chimps as photographers props on Spanish beaches; they would have had to work long hours in the day, and sadly would have had their teeth knocked out to prevent injuries to tourists. This motivated him to start Monkey World and make real changes.

Jim discovered that a plot of land that was being used as a pig farm was on sale near Wool in Dorset, and he also had a small bank loan to help him begin his venture. Monkey World opened on 7th August 1987, with just an enclosure of nine rescue chimps, along with a cafe and play area for visitors.

It didn’t take long for the small primate sanctuary to grow bigger and bigger; they began rescuing orangutans, and other small primates such as stump-tailed macaques, woolly monkeys, and even gibbons. The more it grew, the more primates they were able to rescue.

Sadly Jim Cronin died from Liver Cancer on 17th March 2007, which was a devastating loss for the keepers, and Jim’s wife, Alison Cronin; who has carried on his journey in rescuing and rehabilitating primates. His work with Monkey World has certainly touched many; they even set up a memorial fund called the ‘Jim Cronin Memorial Fund’, as well as having a statue on the site of Monkey World, which shows him looking into the eyes of their well-known chimp, Charlie.

Even though his legacy has not been forgotten, life has continued on the grounds of Monkey World to carry on with rescuing mistreated primates. Monkey World even had a TV show called ‘Monkey Business’, which later became ‘Monkey Life’; where they document the day to day happenings of the animals, the keepers, and their rescue journeys. If you’re interested in watching ‘Monkey Life’, then you will need to make sure your TV and aerial are up to scratch. If you are in need of a brand new aerial, you could get in touch with an Aerial Installation Gloucester based company, or one nearer to you, who will install a brand new aerial for you. New episodes of Monkey Life are even to this day being released, so you will not want to miss out.