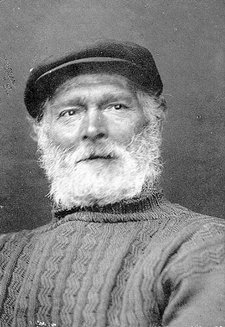 27 Sep The History of Aran Sweaters

Posted at 09:07h in Lifestyle by StyleWeekAdmin 0 Comments
0 Likes

For a piece of clothing, Aran sweaters have a fascinating history. Learning more about the origins of this type of knitted jumper will likely make you want to buy one yourself if you don’t already have one. You can find beautiful, comfy and stylish Womens Aran Sweaters from Shamrock Gift. Read on to find out more about the history of Aran Sweaters. 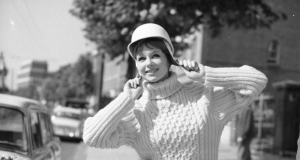 Firstly, what are the origins of the name of this sweater?

Aran sweaters are named after the Aran Islands which are next to the mouth of Galway Bay in the Atlantic Sea. This was where fishermen lived alongside farmers, all working together.

The Aran sweater was traditionally made on these islands. The sweaters and the knitting pattern were passed down from generation to generation and were considered a symbol of Irish clan heritage. It is still appreciated by many people who knit, as well as worn by people for the origin and what it represents.

The history of the Aran sweaters started on the Aran Islands where most of the dwellers were fishermen. When they were at sea, they were faced with harsh weather conditions. Their clothes were important to protect them from the cold, and their wives would knit their husbands Aran sweaters to keep them warm.

As the sweaters became more popular and well-known, they were sold on the island providing families and the local economy with much needed income. 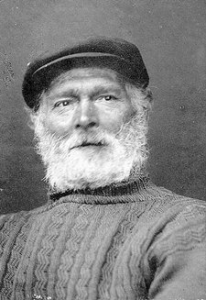 Aran Sweaters are difficult to knit because of their intricate design and knit patterns which made them so warm. One sweater would take more than three weeks to complete.

Over time Aran sweaters were made using a thicker yarn and were knitted flat as the seams were sewn together. This made the stitching looser but reduced the time it took to produce a sweater significantly. This was great for boosting the production of these sweaters as the demand for them grew. The Aran sweater quickly became not only a practical garment for people who needed to protect themselves from the cold, but also became fashionable.

Many believe that the Aran sweaters were knitted so that each stitch represented a family surname. This supposedly was so that if a fisherman dies at sea, their body could be identified by their sweater. Despite how intriguing this story is, it has not actually been proven and is largely a myth.

As the population of the Aran Islands grew substantially over time, the local government formed The Congested Districts Board as an effort to find ways to improve the quality of life for those living on the islands. The local trades such as farming and fishing were boosted alongside knitting.

Scottish people did have a large influence on modern Aran sweaters as some Scottish fishermen were brought to the island to help the local fishermen improve their skills. Scottish women were also brought over to teach more Irish women to knit, and the designs as well as the materials for the sweaters changed. The sweaters became so popular in Ireland that by 1935, they were sold at the Dublin markets.