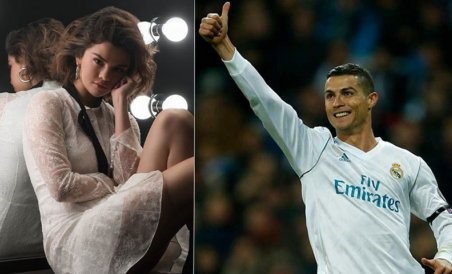 Posted at 12:19h in Tech Today by StyleWeekAdmin 0 Comments
0 Likes

Instagram, being the most prominent social media network, provides many incredible opportunities to become visible. Over the past few years, this platform has proved to be the best platform to become successful. And many people have gained success by using this platform wisely.

In this article, we will talk about the top three most-followed and successful people on Instagram.

Who doesn’t know about this famous Portuguese professional footballer? Cristiano Ronaldo, a well-known footballer, has become a successful Instagram Influencer with 239 million followers. Wow! That’s a lot of followers. After reaching 200 million followers, he posted a video to thank his fans. That video highlighted all the important events of his career.

Cristiano Ronaldo is known as the best player globally and is considered the greatest player of all time. This football icon is also known as Portugal’s top goal-scorer with 99 goals in 164 games. This king dominates the world of football and social media.

Ronaldo reportedly makes more money being an influencer than being a footballer. Heis the highest earner on Instagram and earns millions of dollars per sponsored post. According to Forbes, he earns over $40 million every year through paid-posts. From collaborating with famous brands to posting cute pictures of his family, his Instagram account is a must-follow.

Throughout his career, Ronaldo has also contributed to different charitable causes. From “FIFA world player of the year” to “UEFA club footballer of the year,” he has won numerous awards in his career. As for his Instagram success, he has worked with many famous brands like “Nike” and“Clear.”

The reason for his success is his hard work and efforts. Being highly-active on social media also helped him in building his social media influence.

The new queen of Instagram, Ariana Grande has become the first female to cross 200 million followers. This American actress and singer rose to fame after her appearance in the two famous Nickelodeon TV series “Victorious” and “Sam and Cat.”

The YouTube videos of her covering songs went viral, and she became an award-winning American pop singer. Ariana is a talented singer with her vocal range being over four octaves. She has won many awards throughout her career including, one Grammy Award, three American Music Awards, one Brit Award, two Billboard Music Awards, and nine MTV Music Awards.

Ariana has amassed billions of streams on Spotify and Apple Music. She became the best-selling female artist and sold more than 60 million albums in her career. She has been ranked in the Times’ list of “100 most influential people in the world.” She was also named “Woman of the year” in 2018 by Billboard.

Besides all her career achievements, Grande also gained success on Instagram and has over 200 million followers. She recently gained the status of the most followed woman on Instagram.

The main reason for her Instagram success is that she gives her fans a lot of creative, unique, and engaging content. Her followers love to see her photoshoots and behind-the-scenes. She is also the queen of consistency and is super active on Instagram.

An American-Canadian actor, producer, and businessman, Dwayne Johnson is Instagram’s most valuable star. He was a professional wrestler and has wrestled for the WWE for over eight years. His fans call him as his ring name, ‘The Rock.’

He is one of the highest earners in Hollywood, and his films crossed $10.5 million worldwide. Before he began training as a professional wrestler, he was a college football player at the University of Miami. After persuading his career and becoming famous for wrestling, he went for acting.

Johnson has starred in various successful films, including San Andreas, Jumanji, The Game Plan, Skyscraper, and many more. His achievements and awards are hard to count as he has rocked his wrestling and acting career. His Instagram success also counts in his achievements.

This Fast and furious star has gained 199 million followers on Instagram, even more than Kylie Jenner. He has also beaten Cristiano Ronaldo and could charge up to $1 million for each paid-post on Instagram. The Rock achieved the status of the highest-paid actor in the world by Forbes this year. Hopper HQ also revealed their annual Instagram rich list, and ‘The Rock’ was on the top spot.

The Rock is a true marketing genius, and it is the reason for his success on Instagram. He is consistent, posts compelling content, and offers great value to his audience. From his excellent charity work to becoming the voice for change, he always maintains authenticity. The Rock Knows what his audience wants, and he actively engages with his fans. He also uses hashtags on Instagram for his business. Take notes from The Rock to step up your Instagram game.