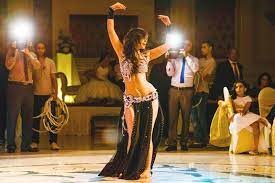 25 Mar Three Dances Around the World and Their Origins

Posted at 20:25h in Lifestyles by StyleWeekAdmin 0 Comments
0 Likes

As well as wanting to get fit and active, dance can also help with our mental health. Dance is something that human beings have been enjoying since the beginning of civilisation, and is also seen in the animal kingdom, where some animals dance in elaborate courtship rituals.

Flamenco – The dance that originated in Spain is one of the most popular forms of dance around the world now. In fact, it has become so popular in Japan that there are now more dance schools that teach it there than in its native country! As well as the flamboyant dance style, it is also accompanied by enthusiastic hand clapping and guitar playing which make it the unique dance style that it is. Clothing also plays a big part in flamenco dancing – for women elaborate dresses, usually in black and red are worn, and men often wear a shirt and black jacket and sometimes a hat. 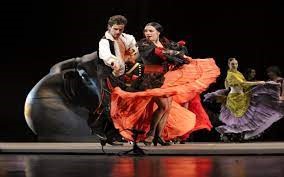 Belly Dancing – This form of dancing originated in Egypt; however it became popular throughout the middle east and of course around the world. The dance style is very unique and focuses on the middle of the torso. The core muscles of the belly dancer need to be strong, so a good level of fitness is required. This style of dance is enjoyed for its costumes too, which are often elaborate and beautiful.

Samba – The native dance of Brazil, the Samba is best seen in action at the famous carnival in Rio de Janeiro. It originated amongst the African slaves who were brought to Latin America and over the years has become a popular dance that is enjoyed all over the world. It is now a huge part of the culture of Brazil, and many bright and colourful costumes are on display during the carnival when the dance is performed.